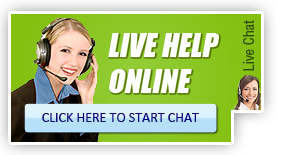 Here is a quick short general explanation of a few day to day terms used in Telecom. There are more than 20,000 Terms used within this industry.

Distance is usually measured in feet and up to 20,000 feet or 4 miles from the DSLAM (typically located in a Central Office)

DSL is best used for residential or a web surfer, as the downstream is much faster than the out or upstream.
DSL is also prone to more technical glitches than T1 and has a lower priority of repair for the carrier.

We recommend going direct and using the local provider in your area for DSL, as they will offer the best QOS and customer service compared to a reseller.

DSL does not offer service level agreements (standard of services) so it is a best guess effort.

Cable uses the television cable infrastructure system to deliver internet to residence or small businesses via a cable modem box which is located on your premises.

Cable is a shared internet bandwidth and users pull bandwidth from a nearby central office which will share the allocated bandwidth between all other cable users in that area which is why during peak time cable users may experience slowness in network speed. This is because most other users in this area are using the internet at the same time and can be problematic for businesses or power users who will most likely feel the restriction.

Cable is not available in all areas and we recommend using the most visible local cable provider if seeking cable services.

Cable speeds are limited to faster downloads which slower uploads therefore it is more suited to a smaller business or residential users.

Cable does not offer service level agreements (standard of services) so it is a best guess effort.

This recommendation really depends on the geographical location i.e if you are closers to a DSLAM for example less than >5,000 feet we recommend using a DSL internet service as this service will be more consistent and reliable than cable.

T1's are the industry standard for businesses looking to connect to the world for internet or voice communications. T1's have been used since the 1960's and is one of the most reliable and stable means of communications.

Unlike DSL & Cable T1 offers service level agreements so businesses that require a more reliable connection prefer to have SLA's which state the quality of the connection and speed will remain consistent. (Click here to see a SLA)

For example: you order Verizon local phone lines and Verizon will ask you for the PICC code to the long distance provider. Here is a sample of PIC codes.

Carriers will have multiple PICC codes, so you should always check with the provider before issuing a code.

What is Ethernet Internet ?

Ethernet was invented in 1973 and is commonly used by data centers and businesses for standard networking of components. Ethernet Internet had become more available in the .com boom mostly for colocation and data centers, however eventually made its way out of data centers to the central offices to provide what we consider a type 2 hand off which requires a local loop. This has allowed for businesses to obtain Ethernet internet as an alternative to T1, T3 or OCx/fiber.

Ethernet over Fiber optics = any distance and speed up/down. Speeds typically start at 100Mbps and go up from their.

Ethernet is an extremely reliable standard of delivering communications services to businesses due to the fact that we are using common industry standard technologies as well as in type 2 (local loop) scenarios bonding multiple copper circuits together results in a natural redundant connection.

Ethernet Internet is becoming more cost effective to provide higher speeds of bandwidth and should be on every businesses watch list as it becomes more available to the public.